For nearly 120 years, Choate Hall & Stewart has stuck with its one-office approach in Boston, and put up some of the best financial numbers in the country. As competition floods into town, the firm is ready to be put to the test. 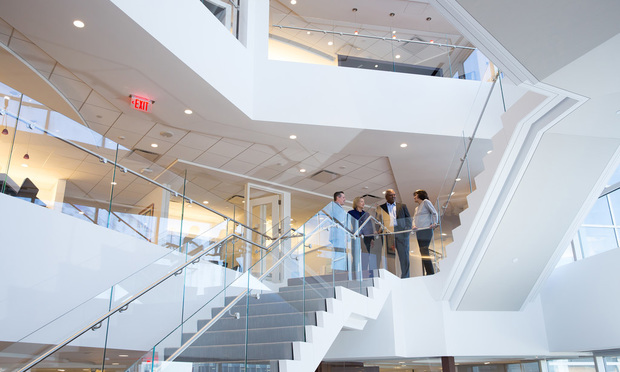 In Boston, tradition is sacred, and that extends to its legal industry.

As the city’s legal market experiences a renaissance, one of its old-line firms, Choate Hall & Stewart, is remaining staunchly committed to a decades-old strategy, even if that means being a bit of a renegade.

The 163-lawyer firm was founded in Boston in 1899 by John Hall and Charles Choate Jr., who famously defended U.S. Industrial Alcohol Co. following the Great Molasses Flood of 1919. Despite having only one office, it has posted some of the best financial results among the Am Law 200.

“I would describe [Choate] as a high-caliber, authentic, classic Boston institution,” says Mary Rosenfeld D’Eramo, vice president of operations at attorney placement firm Mestel & Co. “It has clearly defined its value proposition to clients and laterals for years, even before differentiation was a buzzword.”

Now, facing more competition than ever at home, Choate has stuck with a strategy it adopted over 20 years ago. Instead of expanding its offerings and its footprint in recent decades like other firms, it’s done almost the opposite, remaining lean and keeping its office local. So far, the results have been impressive, but as Kirkland & Ellis, Quinn Emanuel and others set up their own operations in Boston with big ambitions, the real test may still be to come. 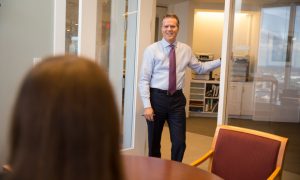 Growing up in New Jersey, William “Bill” Gelnaw always thought he would end up practicing law in New York. But after working at a law firm in Manhattan, the Boston College Law School graduate decided the city wasn’t for him. He returned to Boston and began looking at local firms.

“I thought the first time I walked in that the firm had a different culture than some other places I had walked into,” Gelnaw, who joined in 1984 as an associate, says of his first impression of Choate.

In 1992, he became partner in the private equity group and four years later was elected as co-managing partner of the firm, a position Gelnaw still holds today, alongside wealth management partner Charles Cheever. But Gelnaw’s election to co-head the firm (at the time, he shared duties with litigation partner and current firm chairman John Nadas) marked a turning point in the firm’s direction.

“The way people thought in the industry was bigger is better, more branch offices were better, more practice areas were better, all things to all clients in all places,” Gelnaw says. “We did a very careful, thoughtful, strategic planning process at that time in the mid-1990s. We ultimately decided we didn’t want to do that. We wanted to pursue something very different.”

Bucking industry trends, Choate reduced its collection of practice areas from around 30 to just five: complex trial litigation; wealth management; life sciences and technology; private equity and M&A; and financing and restructuring. The firm’s goal was to remain at the top of the market in each of those areas and work with clients to deliver value on their most sophisticated and important matters, while keeping its one-office model.

That strategy has contributed to some astounding financial growth over the last two decades.

“We don’t try to be all things to all people,” says Cheever, who succeeded Nadas in 2014 as co-managing partner. “We’re concentrated on five core practice areas where we think we’re practicing at the top of the market—and those areas are particularly important to our clients.”

Over the years, Choate has tackled all sorts of matters for clients of all sizes, but its sweet spot is the middle market. The firm has a deep roster of mid-market private equity and venture capital clients including Spectrum Equity, Summit Partners and Windjammer Capital Riverside Partners, and it has handled more than 700 M&A and investment transactions since 2012 worth over $45 billion.

Choate has also made significant investments in its nearly 80-lawyer life sciences and technology practice, which has established relationships with pharmaceutical and biotech companies Alnylam, Biogen and Celgene, among others. The firm’s intellectual property and patent prosecution practice, meanwhile, has worked with Bain Capital Life Sciences, Deerfield and other private equity clients on their science and technology sector investments.

Then there’s the firm longstanding—and distinctly Bostonian—wealth management practice, which accounts for roughly 14 percent of its annual revenue.

“In the 1800s, ship captains would go off to sea for a year and they would leave their money and financial affairs with their lawyers,” Cheever says. “So law firms in Boston developed this practice over time, and we’ve been doing it for 100 years.” 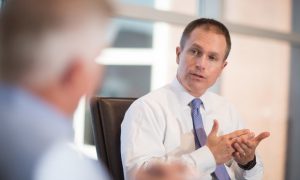 While many firms moved away from the practice, Choate has built it into one of the largest of any firm in the country, handling around $5 billion in assets for 130 families, including five of Forbes’ richest families in America.

“It’s totally independent, in the sense that their job is to sit on the same side of the client and help them evaluate investment options,” Cheever says, noting income from its investment arm is not reported in the firm’s yearly profits.

For Choate, “that is attractive to both clients that it works with, as well as the laterals that it brings in the door—and the people who stay with it,” she says.

On the lateral front, the nearly 120-year-old firm can point to a number of key recent additions. In 2016, it added a three-lawyer private equity team from Locke Lord. It also added a four-attorney group from Wilmer to its wealth management group in 2012. And following the dissolution of Boston-based Testa, Hurwitz & Thibeault in 2005, Choate added 10 of its partners, including Testa founder Stephen Hurwitz.

But even with these additions, Choate’s head count has never grown much beyond 200 attorneys, with an average head count of 170 lawyers since the mid-1990s.

“Every department has several partners who are just exceptional and just absolutely at the top of the profession,” says former Choate partner and executive committee member Charles Johnson. He joined the firm in 2002 following the collapse of old-line Boston firm Hill & Barlow, where he co-chaired the technology and emerging companies group.

“You’ve got that collection of talent that’s not diluted by hundreds of partners,” he says, “like the ones I saw at Hill & Barlow that had seen better days and spent part of the day reading the newspaper. Clients know that, and that generates a tremendous amount of client loyalty and success.”

At more than half of all law firms, general profitability is diluted by overcapacity and underperformance, Rosenfeld D’Eramo says. “But if you look at Choate, it has minimized loss and increased growth by minimizing the leverage and maximizing performance for clients with the hyper-specialization,” she says.

With 54 equity partners, Choate in 2017 had an average of two lawyers for every equity partner. By contrast, the average leverage for Am Law 100 firms last year was 3.6.

“We have a much more balanced leverage model than our competitors,” Cheever says.

That allows Choate’s partners to directly lead client engagements and projects, he says. And in combination with the firm’s single location, it also gives the firm’s younger talent access to clients and sophisticated work earlier in their careers.

“I liked the fact that it was one office,” Johnson says. “I could walk down the hall and talk to management. When I had associates working for me, [I could] bring them in my office and get them around a roundtable.”

A large deal might be staffed with an equity partner, a senior associate and a junior associate, says Johnson, who was the assignment partner in the corporate department. But it’s often just a partner and a single associate.

“The whole idea of a single office where you feel as though you’re going to get attention—where you’re not lost in the shuffle—is really, really compelling,” Johnson says.

In 2014, Choate added Ropes & Gray’s Joan Lukey as a partner and chair of its complex trial and appellate litigation group. Lukey began her career at Wilmer predecessor Hale & Dorr in 1974 when that firm had merely 75 lawyers in a single office. The fact that Choate operated in a similar manner drew her in, she says. 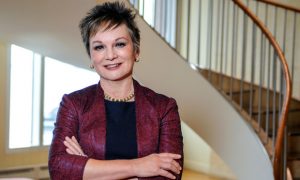 “There’s a warmth and sense of community,” she says. “People actually stop by to welcome you, want to get to know you, take you out for coffee, and that’s because they know you’re going to be together for years and years under that one roof.”

That sense of continuity, and the absence of a revolving door, is a big way Choate stands apart from other Am Law 200 firms, says Katherine Loanzon, associate recruiter at Kinney Recruiting.

“Choate will seek candidates who want to be in a more intimate environment and do excellent with sophisticated work and client interaction,” says Loanzon, who has worked with the firm on lateral hires. “They might not have the top 10 law firm name to them, but the perfect candidate is someone that wants to be there.”

While law firms typically have attrition built into their hiring processes, Choate explicitly does not.

“We don’t hire 100 summer associates and hope that we’re going to have 30 at the end of their third year,” Cheever says. ”Our goal when we hire somebody—when we hire everybody—is that they’re going to spend their entire career here.”

Johnson, who retired from the firm in 2015 and now is an associate professor at the University of Massachusetts Amherst, agrees.

“The happiness level at Choate is pretty darn high,” he says, noting that in his 16 years at the firm there were very few lateral departures.

“I got lots of calls from headhunters, which I didn’t even return,” he says. “I was working with really, really smart partners, great associates, and had a very successful practice, so there would be no reason to leave.”

Despite the optimism, Boston is changing. As more and more firms enter the market looking to poach top talent, the competition is fierce to retain it. Earlier this year, Choate lost its private equity co-chair and executive committee member Christian Atwood to Kirkland & Ellis.

Cheever puts on a brave face.

“Market disruption is great for us,” he says. “The more disruption there is in the marketplace, the better the opportunity we have to describe our differences and how they benefit both clients and our talent.”

And, he adds, “we kind of like our odds in that circumstance.”

Meghan Tribe is a reporter covering the changing face of Big Law, from lateral moves and work-from-home programs to diversity initiatives. Contact her at mtribe@alm.com. On Twitter: @TribeMeghan